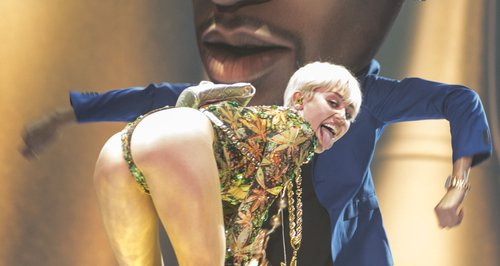 The singer tops a nationwide poll of the best dance moves for her trademark twerking.

Miley Cyrus beaten the likes of Beyoncé, Michael Jackson and Madonna in a list of best celebrity dance moves.

The singer's trademark twerking won her the title of most popular celebrity dancer in a nationwide poll of the ten best famous dance moves by The London Cabaret Club.

The star's father Billy Ray Cyrus finished tenth on the list for his line dancing moves in the music video for 'Achy Breaky Heart'.

Meanwhile, it was recently announced that a US college is to make Cyrus the subject of a sociology course on "cultural conflict".