Watch the US star in action in footage from the first night of her new world tour.

Miley Cyrus kicked off her 'Bangerz' world tour over the weekend after huge anticipation for her latest outing. 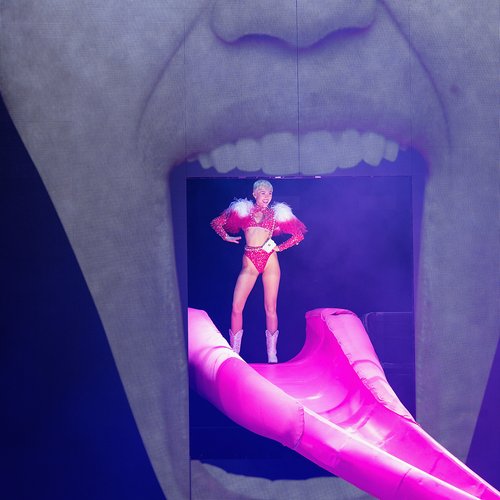 Miley launched her album 'Bangerz' back in 2013, which has already spawned a string of hit singles including 'We Can't Stop', 'Wrecking Ball' and her latest release 'Adore You'.

Up & at em! 2nd show #bangerztour Vancouver was turnt up! Tacoma I hope you're ready for this pic.twitter.com/J4BR0VkYEL

Miley Cyrus continues her tour in Anaheim on 20th February, before bringing it over to the UK starting from 6th May.