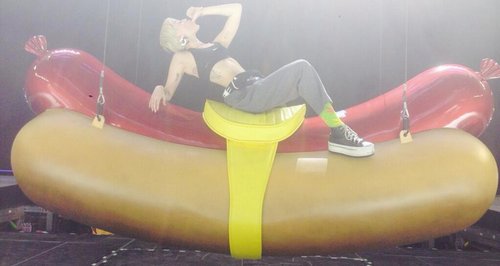 The 'We Can't Stop' singer is preparing to head out on the road next week for the first of 59 shows.

Miley Cyrus has once again been teasing details of her 'Bangerz' world tour and shared some new intriguing images with fans on Twitter.

The 'Wrecking Ball' star has been itching to get out on the road ever since announcing details of the jaunt last year.

Her latest set of rehearsal images see her straddling a giant hot dog and dancing in the mirror with someone dressed like a monster.

The tour kicks off next Friday on 14th February with a show in Vancouver, and will head across to the UK on 6th May to perform at London's O2 Arena. 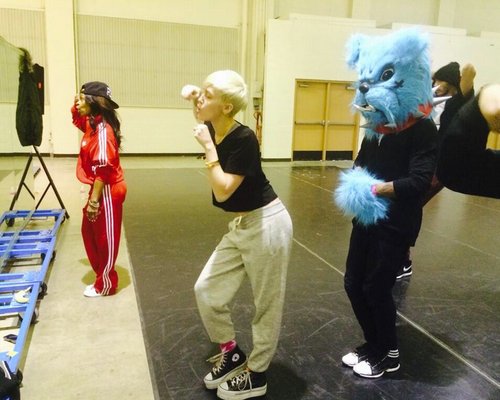 Meanwhile, the star recently performed on a special edition of MTV Unplugged.

She also recorded a surprise version of the Arctic Monkeys song 'Why'd You Only Call Me When You're High?' during an unaired portion of the show.