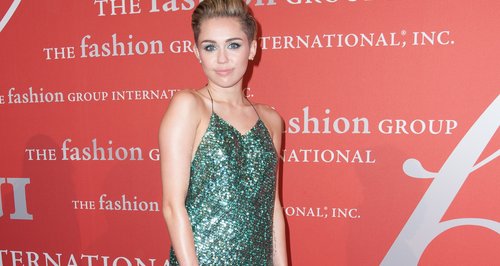 The 'We Can't Stop' singer surprises fans by announcing plans to tour next year.

Miley Cyrus has announced plans to take her 'Bangerz' album out on tour in 2014.

The 'Wrecking Ball' singer made a surprise appearance on Saturday Night Live over the weekend to reveal the big news to her fans.

Hollywood actor Edward Norton was hosting the show on Saturday (26th October), and Miley appeared in a short segment to offer him her hosting tips, before announcing the big news.

"Real quick, I'd just like to announce to all my fans that I"m about to be going on tour!" Miley confirmed during her surprise appearance on the US sketch show.

Miley launched her album 'Bangerz' at the start of October following the huge success of singles like 'We Can't Stop' and 'Wrecking Ball'.

The US star has yet to announce any official tour dates for her newly announced 'Bangerz' 2014 tour.

Miley Cyrus is set to perform live at the MTV Europe Music Awards 2013 in Amsterdam on 10th November.