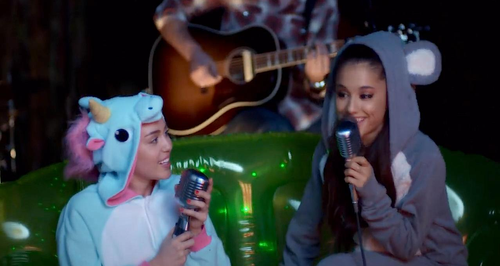 Take two of pop’s hottest young female singers, throw in a unicorn and mouse onesie and an inflatable couch (because OF COURSE Miley owns one of those) and you get a surprisingly stunning cover of a Crowded House classic!

Miley Cyrus has teamed up with Ariana Grande to record the stunning cover of ‘Don’t Dream It’s Over’ as part of her ‘Backyard Sessions for her Happy Hippie Foundation, filmed in her very own back garden.

Soooooo thankful for Ariana Grande for being a part of the #backyardsessions!! You're the sweetest little #happyhippie...

The series of covers is to help raise awareness for Miley’s new charity to benefit LGBT youth and young homeless people – and Ms Cyrus’ decision to involve Ari’s soulful vocals makes this a cover that’s hard to forget.

Soooooo thankful for @arianagrande for being a part of the #backyardsessions!! You're the sweetest little... https://t.co/IsaL4m5Kzv

Who else thinks these two need to release a duet together, like, now?! 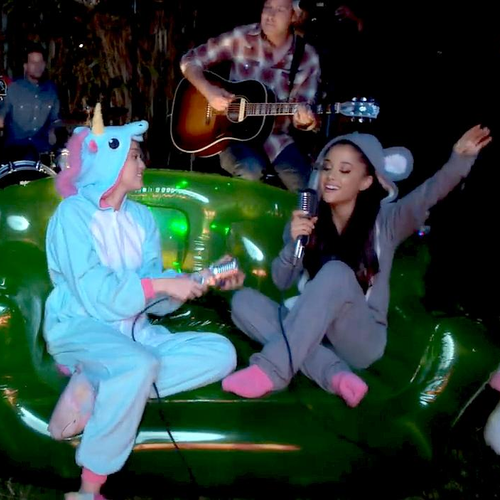