Get your hands on tickets for a brand new show to see the superstar DJ in action.

Tickets for a brand new Martin Garrix UK tour show are on sale now... so what are you waiting for? If you're ready to party this summer, the DJ heavyweight has the music you need!

The ‘Don’t Look Down’ DJ has a new show at the Braehead Arena in Glasgow on 15th August, bringing his incredible talent to the stage for a show that’ll be full of non-stop anthems to make sure it’s a night to remember.

Capital’s Martin Garrix has had an incredible year so far thanks to the release of hit singles like ‘The Only Way Is Up’ and ‘Don’t Look Down’ with Usher, all taken from his upcoming debut album ‘+X’.

Don’t forget you can catch Martin Garrix on Capital every Friday night from midnight. 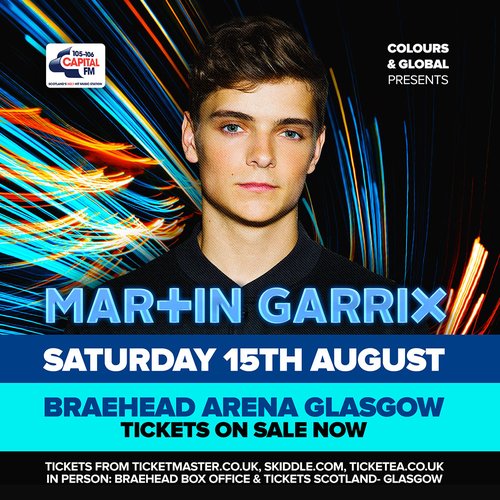