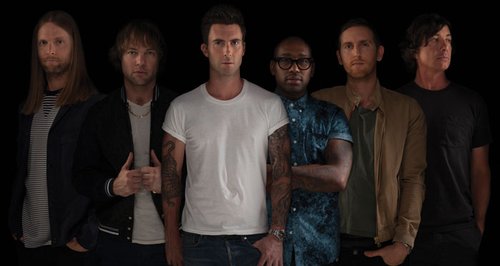 The 'Maps' band are bringing their unique sound and live experience to the UK next year.

Get ready for an INCREDIBLE show… because Maroon 5 have announced their NEW UK tour dates.

The 'Maps' six-piece launched their amazing new album 'V' this week (1st September) and have revealed plans to play three huge arena dates from May 2015.

Since originally announcing the tour, Maroon 5 have ALSO added an additional London date at the SSE Arena Wembley, on Thursday 28th May 2015, with pre-sale starting from Wednesday 17th September.

The boys will play London, Birmingham and Manchester in the first batch of announced dates on their new tour, with special guests MAGIC!

Maroon 5 released 'Maps' as the first single from their fifth studio album 'V' in late August.

Tickets for Maroon 5's new UK tour dates are on sale now. Get your tickets here.

> Adam Levine: 12 GIFs That Prove The Maroon 5 Singer Is THE Hottest Man In Music!