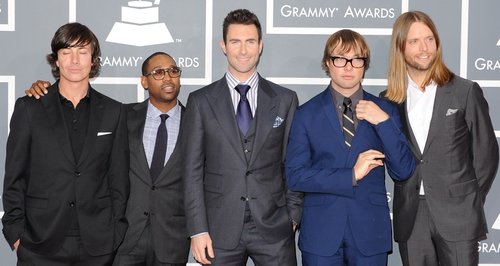 Watch the band tease their brand new single ahead of its premiere this weekend.

The group released footage of themselves in the studio with a distorted version of the track playing in the background.

The clip reveals the US release date for the song as June 16th, while a UK date has yet to be confirmed.

'Maps' serves as the lead single from Maroon 5's fifth studio album 'V', which is slated for release in September.