The 'One More Night' singer gets caught on camera by his fiancé in he intimate snap.

Adam Levine was captured walking around in his pants by fiancé Behati Prinsloo this week.

The model shared the intimate picture with fans on Instagram, showing the Maroon 5 man strutting around in the black briefs.

The 'Moves Like Jagger' star was also sporting just a pair of sunglasses.

The couple recently announced details of their engagement after getting back together a few months ago.

Check out the picture of Adam in his pants below: (Picture: Instagram) 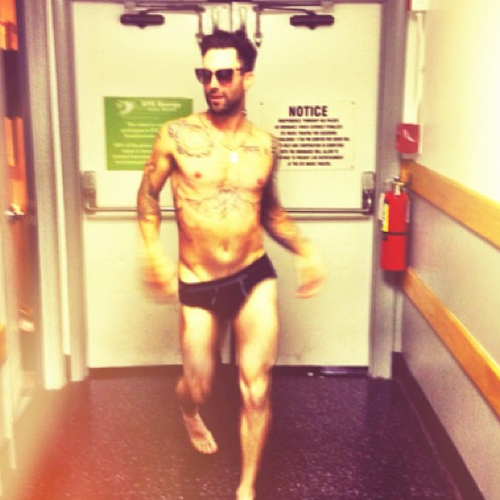 Adam has also been teasing details of the next Maroon 5 album revealing how excited the group were with the new songs.

Maroon 5 will be back in the UK in January 2014 for their postponed 'Overexposed' tour.