The 'One More Night' singer was joined by the model following their recent engagement.

Maroon 5 star Adam Levine was back on set for the new film Can A Song Save Your Life? and received a surprise visit from fiancé Behati Prinsloo.

The 'Payphone' singer was filming scenes out in New York and shared a moment with his wife-to-be.

His fiancé rocked a summery flowery shirt and large hat as she smiled and joked around.

Check out a picture of Adam Levine and Behati Prinsloo together in New York below: (Picture: Splash) 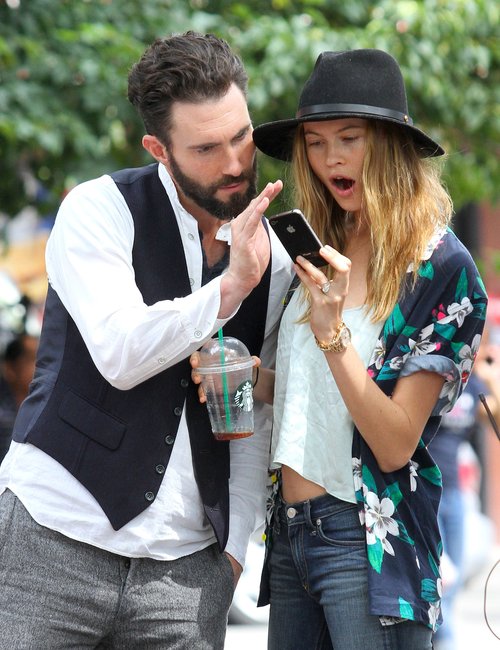 The couple's engagement was announced earlier this month and Behati revealed details of the proposal to Us Weekly.