The 'One More Night' singer enjoyed a romantic evening with the supermodel.

Maroon 5's Adam Levine has been spotted out with his fiancé Behati Prinsloo in Hollywood this week.

The 'Payphone' singer was snapped walking hand-in-hand with the South African supermodel as they enjoyed a romantic meal at Mr. Chow's restaurant.

The singer has been filming the latest series of The Voice US and was recently involved in a war of words with Lady Gaga on Twitter.

Check out a picture of the recently engaged couple out in Los Angeles together below: (Picture: Splash) 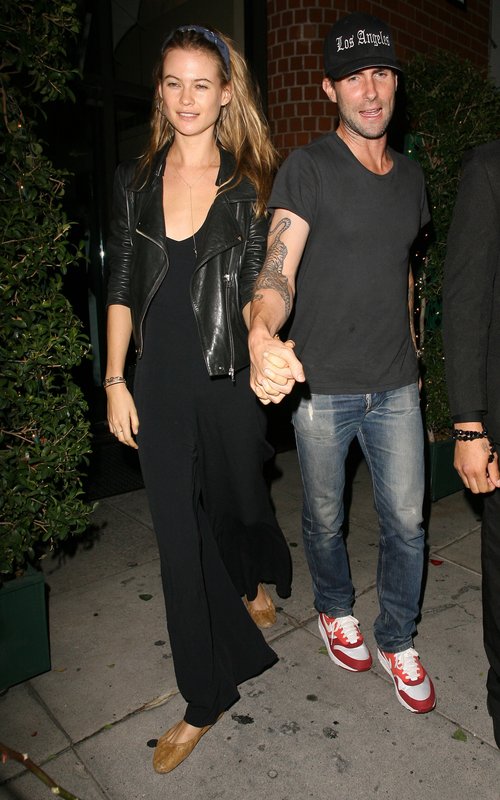 The Maroon 5 man criticised the 'Bad Romance' singer's art credibility and called her an art teacher as appose to an artist.

The female star responded with a dig asking for the "art police" to be called before Adam hit back with a remark on her grammar.