Watch the music video EVERYONE is talking about from the original Queen Of Pop.

As the lead single from her brand new album 'Rebel Heart', the track had a lot to live up to but luckily fans can't seem to get enough of Madge's latest!

The video doesn't disappoint either, with Madonna leading a troupe of dancers dressed up as angry matador bulls.

Madonna will be performing 'Living For Love' at this year's BRIT Awards - make sure you catch all the latest news, winners list and performance videos from the #BRITs2015 right here. 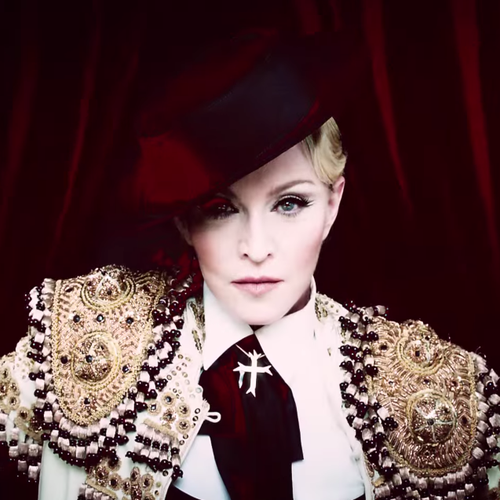 Madonna officially releases her new album 'Rebel Heart' on 9th March and you can pre-order it right here.