Madonna's new video features all her celeb pals - and Kanye West even pops up in a surprise cameo!

Madonna’s brand new video has just arrived on Tidal - and it definitely rivals Taylor Swift for the most amount of special guest stars in one promo… and there's even a surprise appearance from Kanye West!

Pucker up! Here's 8 victims of the Madonna snog!

Video coming soon! Just tryin to make it perfect for all of you we are hard werking bitches! #bitchimmadonna pic.twitter.com/BCPuVK5lHJ

The video sees Madge hosting a star-studded house party, where everyone from Rita Ora to Nicki Minaj pops in for a quick dance - and she even steals a snog off a hot model. Because OF COURSE she would.

Rita also recently opened up about getting to work with Madonna on the new video for the ‘Rebel Heart’ single, and what Madonna might have in store for us all.

"I know, she’s the queen!” Rita told On Demand Entertainment. “Well for me there’s two, there’s Beyonce and then there’s Madonna. 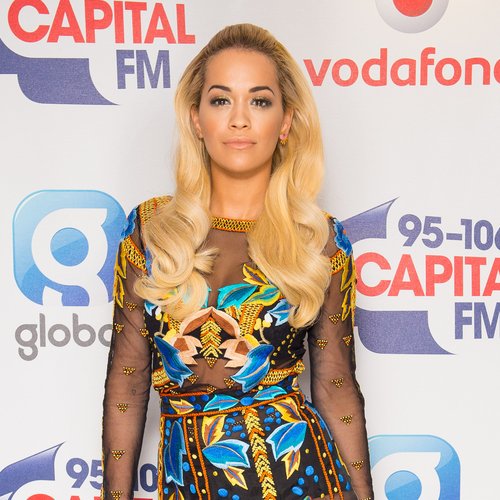 “I did her Material Girl campaign a few years ago,” she recalled. “So when I first met her I couldn’t feel my feet, but she’s one of the nicest, coolest, most work-driven people I’ve ever met.

“To be a part of this kind of video it’s awesome,” Rita explained, before refusing to tease anything about the new video. “I do not want Queen Madge coming up to me and telling me off!!