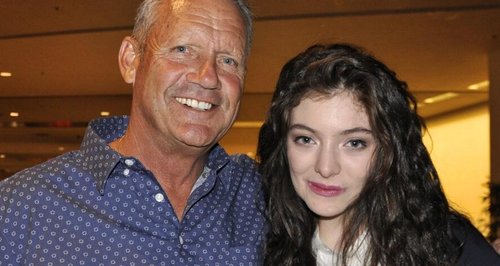 The New Zealand star got to meet one of her biggest muses this week.

Lorde got to fulfil a dream this week when she met the baseball World Series champion who inspired her breakthrough hit 'Royals.'

The 'Team' singer previously revealed that George Brett, famous for playing with the Kansas City Royals, was the true inspiration for her global hit single.

"And now you're Royal. @lordemusic meets @Royals icon George Brett," the MLB tweeted this week, alongside a snap of Lorde meeting the sporting legend.

"I had this image from the National Geographic of this dude signing baseballs, he was a baseball player and his shirt said Royals," Lorde told VH1 last year. 'I was like, I really like that for,d because I'm a big word fetishist. I'll pick a word and I'll pin an idea to that."

"@lordemusic said the #Royals jersey she received from@GeorgeHBrett was one of the coolest things she owns!" the sports team tweeted after the event.

.@lordemusic said the #Royals jersey she received from @GeorgeHBrett was one of the coolest things she owns! pic.twitter.com/QnjxfNnWPF