The 'Wings' singer shares a shot of the One Direction man with his new manicure on Twitter.

Little Mix singer Perrie Edwards has posted a new picture on the group's Twitter page showing Zayn Malik with a manicure she gave him as he slept.

The 'DNA' singer gave the One Direction man an intricate nail makeover and shared her creation with the group's followers on her social networking account.

She wrote alongside the image: "The perks of your boyfriend not waking up through anything. Pretty LM nails Zayn (; Perrie <3"

The boyband are currently on the road with their 'Take Me Home' world tour, which hit Hamburg, Germany last night (12th may).

The group now have a few days off before returning to the stage in Zurich, Switzerland on Thursday evening (16th May).

Check out a picture of Zayn with his new nails on Twitter below: 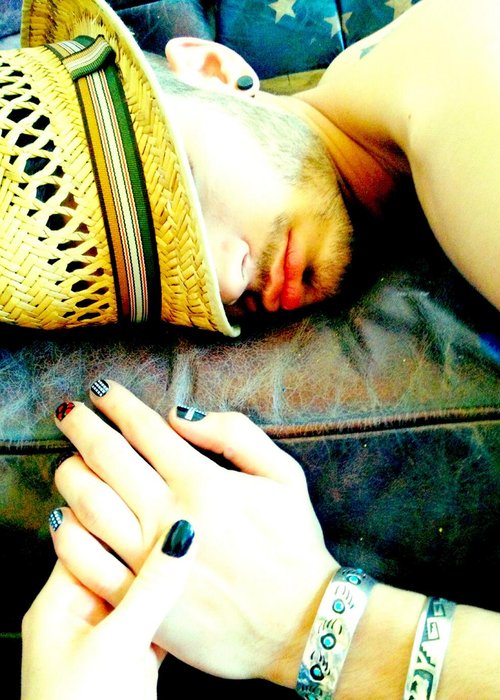 One Direction are also preparing to make a huge announcement this week.

The group will also be hitting the big screen this summer for their 'This Is Us' 3D concert movie.