If These Are The Leaked Lyrics To ‘Shout Out To My Ex’, Perrie Totally Went IN On Zayn!

Little Mix star Perrie Edwards is said to sing a verse that pretty much annihilates her ex, Zayn Malik. Ouch.

Little Mix announced their new single ‘Shout Out To My Ex’ over the weekend – and while we already can NOT wait for the record to drop, some lyrics have been revealed and it just got even more juicy…

According to The Sun, the lyrics to the new track are pretty much based on Perrie Edwards’ split from Zayn Malik – and she was NOT holding back with her explosive verse.

Perrie is rumoured to sing, “I hope she gettin' better sex, Hope she ain't fakin' it like I did, babe. Guess I should say thank you, For the 'hate yous' and the tattoos, Oh baby I'm cool by the way, Ain't sure I loved you anyway.” OUCH.

Fans were quick to comment that the lyrics were aimed at Zayn and his new girlfriend, Gigi Hadid after Little Mix recently admitted that it would be “obvious” who the songs on their new album were about, and that the mention of a tattoo relates to the portrait of Perrie that Zayn had inked on his bicep. 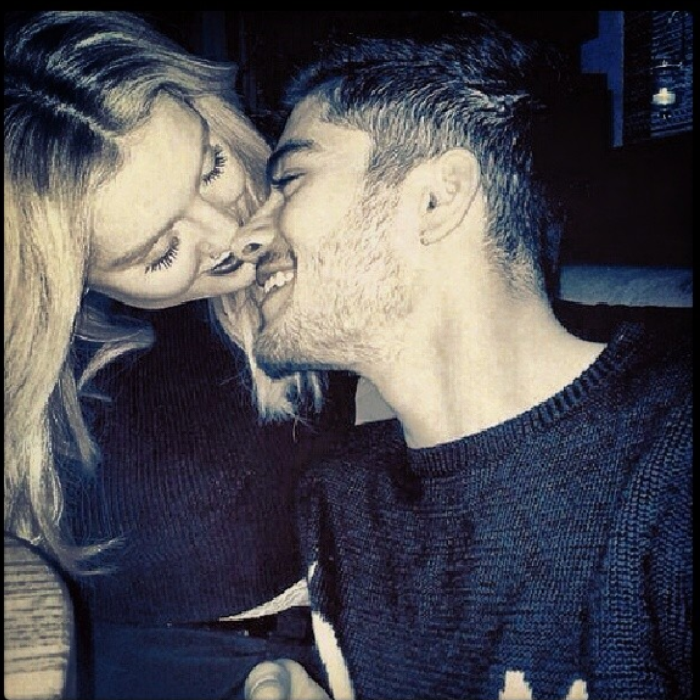 Perrie confirmed her new relationship with actor Luke Pasqualino over the weekend, just a few week after Zayn had his portrait tattoo of his former fiancée covered up, so it’s safe to say there’s no way back for #Zerrie.

Perrie recently told Sugarscape, “It's very - and I know we probably said this about the last album - honest. It's very what's been happening in the past few months or the past year.

“We've been through a lot personally, emotionally and career-wise. Every aspect, we've wanted to just get off our chest and the best way to do it is with this album. That's why we're loving it so much. It's like therapy.”

The lyrics are said to go:

Guess I should say thank you

For the 'hate yous' and the tattoos
Oh baby I'm cool by the way
Ain't sure I loved you anyway
Go head babe I'm gonna live my life,

Shout out to my ex
You're really quite the man
You made my heart break
And that made me who I am
Here's to my ex, hey look at me now
WellI I'm all the way up I swear
You'll never bring me down

‘Shout Out To My Ex’ will finally be revealed on the X Factor results show on Sunday 16th October and will be released right after the girls first ever live performance of the song. We can NOT wait.