WATCH: Which Little Mix Couple Is The WORST When It Comes To PDA?

We chat to the 'Black Magic' stars about PDA and which couple can't keep their hands off each other.

It’s official… Jesy Nelson’s been ratted out by her bandmates as the worst member of the band for a bit of cheeky PDA, though they’re not complaining!

Speaking to Capital's Toby Tarrant at Thorpe Park Resort over the weekend, Little Mix’s Jade Thirlwall was quizzed on who’s the naughtiest when it comes to public displays of affection... Jesy Nelson and her fiance (!) Jake Roche from Rixton or Perrie Edwards and her man Zayn Malik?

Hit play on the video above to see poor Jesy get dropped in it, although Jade confirms it’s “not in an annoying way”, and that she actually quite admires them for it! 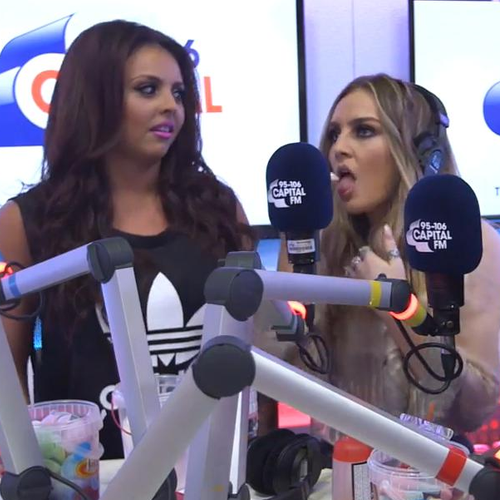 WATCH: Little Mix Go Face-To-Face... With Each Other!