‘No More Sad Songs’ just got EVEN better!

It’s one of their most popular tracks from ‘Glory Days’, and Little Mix have just announced that not only will ‘No More Sad Songs’ be their next single, but it will also feature Machine Gun Kelly!

The girls posted a video on Twitter – looking hot AF in cowboy hats and crop tops - confirming the news and teased a little of MGK’s verse on the song – it was already a huge song and it just got even BIGGER.

Who fancies something new? SO excited to announce that our next single is #NoMoreSadSongs ft. @machinegunkelly! OUT FRIDAY the girls x pic.twitter.com/6spDI1IU08

Little Mix are already the UK’s biggest girl band, and Machine Gun Kelly went from being famous in the rap game to worldwide acclaim with his stunning single ‘Bad Things’ featuring Camila Cabello – so this pairing can be nothing other than a winner!

The original version of ‘No More Sad Songs’ has been available on the girls’ ‘Glory Days’ album since its release, and the teaser of the new version sees MGK rap, “taste of the good life, can you keep pace, can you ride shotgun in the fast lane with your eyes wide shut, tell me do you have faith in me?”. 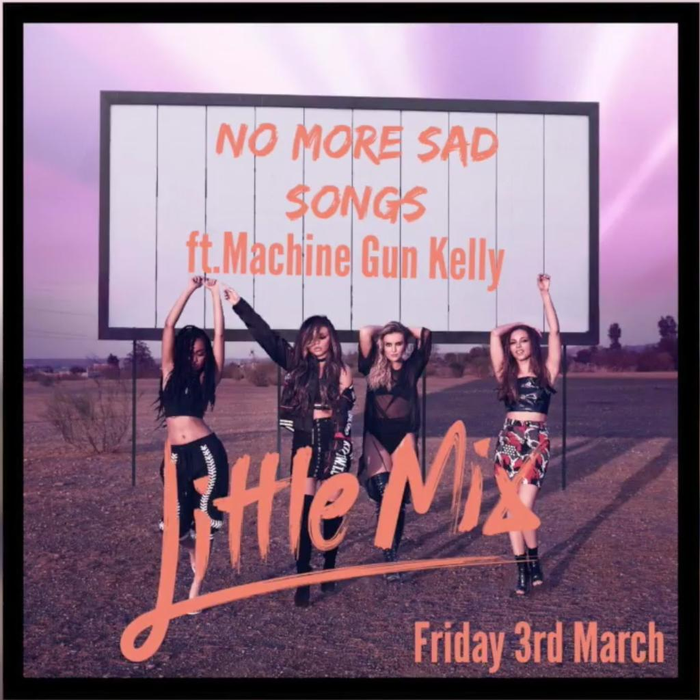 The full version will drop tomorrow – we’re already counting down the hours.