Little Mix Reveal Ambitions For Nicki Minaj Collaboration: "It Would Be A Perfect FIt" 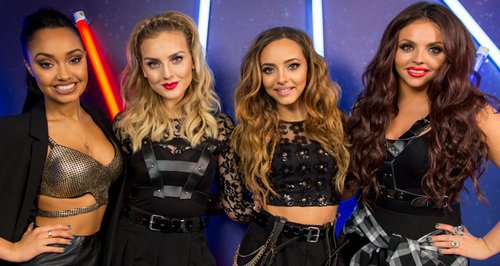 The 'Wings' four-piece are hoping for the rapper to make a guest appearance on one of their songs.

Little Mix have revealed their ambition to record a collaboration with Nicki Minaj sometime in the future.

The 'Move' four-piece say they would love to get the 'Starships' rapper involved on one of their songs one day.

"We've been saying for ages that Nicki Minaj is the person we all want to record with," Jesy Nelson revealed to the Daily Star this week.

"If we say it enough it may happen," Jade Thirlwall added. 'We always envisage a rapper on our music."

A representative close to Nicki has since revealed :"Nicki is busy working on her third solo album right now but she's always keen to maintain her chart presence [and] a Little Mix collab would be a perfect fit for next year."

Little Mix are set to release 'Little Me' as their latest single from 'Salute' on 22nd December.