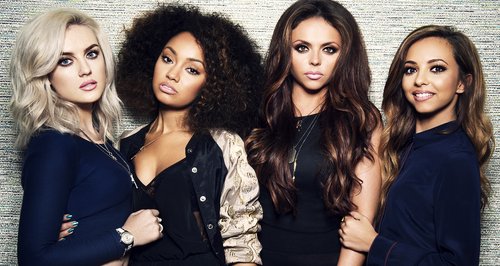 The 'Wings' four-piece will release the track as a charity single in March.

Little Mix have announced plans to release a brand new charity single in March this year.

The 'Little Me' four-piece will launch a cover of the eighties classic 'Word Up', after a surprise announcement last night (16th January).

The song was originally released back in 1986 by American funk group Cameo, while Spice Girls star Mel B previously covered the hit back in 1999.

"We can't wait for you all to hear it!" Little Mix's Perrie Edwards said following the announcement.

Little Mix's cover of 'Word Up' is available to pre-order now and will be released on 16th March.