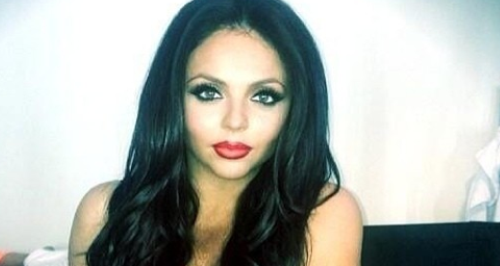 The 'Change Your Life' singer proudly shows off her latest body art design in a teaser snap.

Little Mix star Jesy Nelson has revealed she has had a brand new tattoo done, while shooting the band's music video for new single 'Word Up'.

The 'DNA' singer was on the set of the band's upcoming release when she showed off a design of a skull and rose inked onto her left arm this week.

Loving the new addition to my tattoo family by Oliver @frithsttattoo pic.twitter.com/gPUmU2i2QF

Jesy is well known to be a big fans of tattoos, having already had several other designs done, while some of her bandmates are also tattoo fans.

The 'Salute' four-piece have been teasing plans for the new music video over the past few days with a number of teaser shots on Instagram.

Little Mix are set to release their new charity single 'Word Up', a cover of the 1986 Cameo hit, on 16th March.