The 'Wings' stars say they are "so excited" to be back recording new music.

Little Mix have revealed that they are back in the studio working on their second studio album.

The 'Change Your Life' stars released their debut record 'DNA' last year and are already planning the follow-up.

"Get me to the studio already!!! I'm so excited for these shenanigans! Here we go album 2! Perrie :) <3," Perrie Edwards wrote on Twitter.

Jesy was equally excited, she tweeted: "Agghhh back in the studio today with our tms boys soo excited to create some new music for the 2nd album :D xxjesyxx."

The four-piece also recently debuted their new music video for latest single 'How Ya Doin'?' which features US rapper Missy Elliot. 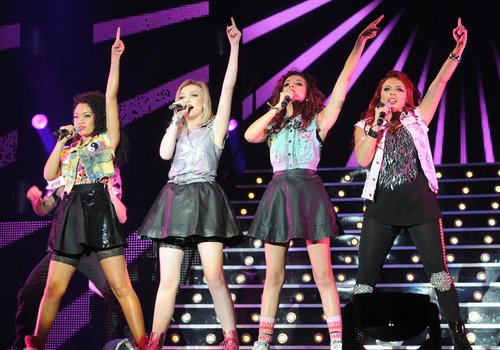 Meanwhile, the former X Factor champions will be joining Capitalfm.com for an exclusive webchat later today from 4pm (15th April).

You can submit you questions to @CapitalOffical on Twitter using the hashtag #LittleMixOnCapital.