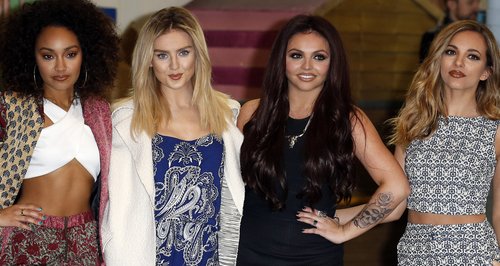 The group reveal it's a "dream come true" to be touring America.

Little Mix have announced details of their first headline tour of America.

The group will play 16 dates across North America in September and October this year in support of their latest album 'Salute'.

"So glad the #SaluteTourUSA is out there,couldn't hold it in any longer! #dreamcometrue," Jade Thirlwall tweeted, adding: "thanks to our mixers for makin it possible!"

The tour will kick off on September 10 at the Mizner Park Amphitheatre, Florida and will reach the likes of Houston, San Jose and New York City before closing on October 11 at The Sound Academy in Toronto.

Little Mix have scored two top ten albums on the US Billboard 200, with their debut 'DNA' peaked at number four and 'Salute' at six.

They recently toured the States with Demi Lovato, Cher Lloyd and Fifth Harmony, while the UK leg of their 'Salute' tour kicks off in Birmingham on May 16.