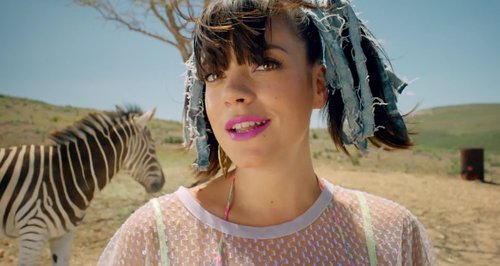 Check out the playful new promo from the British singer.

Lily Allen has followed up the controversial music video for her last single 'Hard Out Here' with a more playful promo for new track 'Air Balloon'.

The track is the latest to be taken from her forthcoming new album – her first record since 2009's 'It's Not Me, It's You'.

The video features the British star taking centre stage as she holds onto a camera which descends into the sky and returns to earth throughout the song.

Also, keep an eye out for some friends of the animal kind, with a zebra and cheetah all taking some of the limelight.