Lawson Are BACK! The Boys Announce Three Live Dates For London, Manchester And Glasgow 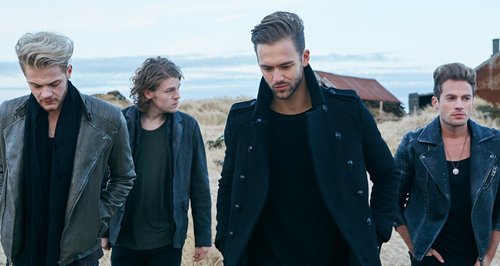 They've been gone far too long but Lawson are officially BACK - and they've just announced three live dates for March!

The Lawson boys are officially BACK - and they've just announced three new live dates in London, Manchester and Glasgow for March!

The band will be performing their first comeback shows featuring never before heard songs from their new album as well as some hits from 'Chapman Square', which were announced on their website this morning at:

The guys are definitely excited to be back on the road after being holed up in the studio:

London, Manchester, Glasgow...we're coming!!!! Absolutely cannot wait to get back on the road and play some shows! pic.twitter.com/gb7GfwL9DV

Andy Brown, Joel Peat, Ryan Fletcher and Adam Pitts have been hard at work in the studio working on the follow up to their incredible debut album 'Chapman Square' which feature the Big Top 40 hits 'When She Was Mine' and' 'Standing In The Dark'.

The band recently finished recording in the famous Blackbird Studios in Nashville, and full details of the album will be announced very soon.

The boys have also recently announced that they will be performing some festival dates over the summer including Leeds Festival and The Great Escape in Brighton and their official website is counting down to ANOTHER big announcement in a week's time.

We've missed you, guys - and we can NOT wait to hear the second album!