The 'Brokenhearted' four-piece strip off to raise awareness of cancer in men across the country.

Lawson have posed naked in the new issue of Cosmopolitan to raise awareness of male cancer.

The 'Standing In The Dark' four-piece feature in the publication's August issue to help raise awareness on behalf of Cancer Research UK.

Lawson are seen posing naked for the new photo shoot with their respective musical instruments covering up their modesty, and explained that the charitable cause is one close to their hearts.

"It's so important to be aware of your body and any changes," Lawson frontman Andy Brown reveals in the new issue. "When I was 19 I had a brain tumour removed.

"It wasn't cancerous but I lost the hearing in my right ear because of it," the 'Learn To Love Again' singer explained. "We named the band after Dr Lawson, the guy who operated on me. He's a legend.

"If you catch things like this early, it can save your life," Andy added. "It changed my whole perspective on everything." 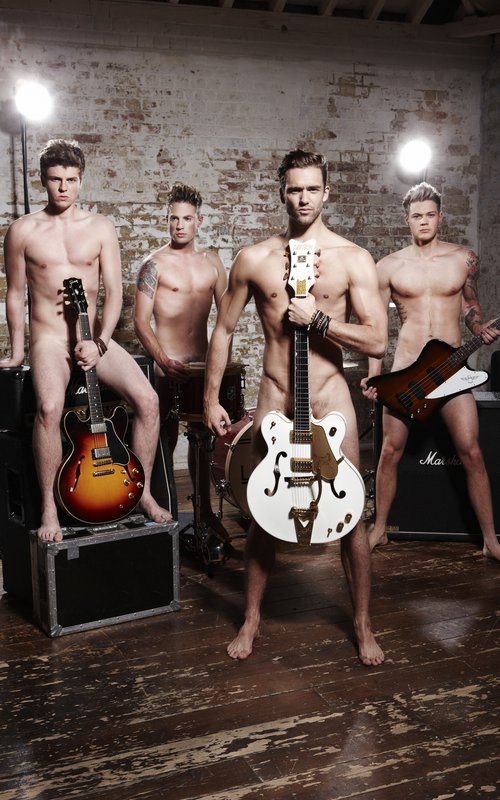 The August issue of Cosmopolitan is on sale 4th July and is also available in digital edition on the Apple Newsstand.

Behind the scenes footage from Lawson's Cosmopolitan shoot can be viewed here.

Check out the full cover of August's Cosmopolitan issue below (Credit: Antonio Petronzio):

Lawson announced a brand new tour of North America recently which is set to launch this August, and release their new single 'Brokenhearted' this Sunday 7th July.