The 'Born This Way' singer was spotted enjoying some retail therapy as she continues her recovery from hip surgery.

Lady Gaga was seen showing off a slimmer figure as she hit the shops in The Hamptons wearing a tight-fitting black pencil dress.

The 'Bad Romance' singer was criticised last year during her 'Born This Way Ball' tour and hit out at comments on her weight and showed her support to the body revolution campaign.

She was forced to end her tour short after undergoing surgery on her hip at the start of the year.

Check out a picture of Lady Gaga out in The Hamptons enjoying some retail therapy below: (Picture: INF.Photos) 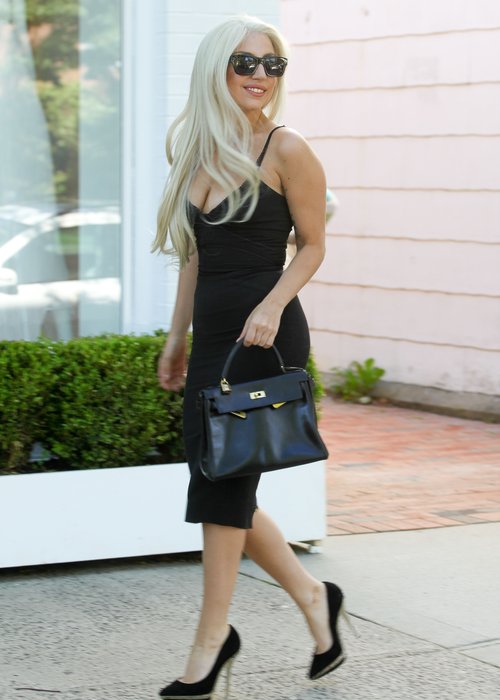 Gaga was also reunited with boyfriend Taylor Kinney in New York City as the male actor was on set of his new film.

She is also currently working on her new studio album – which is expected to be released later this year.