The 'Do What U Want' star tripped over while strutting her stuff on stage in Monaco.

The ‘Venus’ star was performing alongside her BFF Tony Bennett out in Monaco on their ‘Cheek To Cheek’ joint show, when she fell over while sashaying away down the stage walkway.

Lady Gaga was performing ‘Anything Goes’ with sultry jazz crooner Tony when she began strutting to the front of the stage and fell to the floor… but there’s no stopping THIS pop star, as she quickly got straight back up and continued performing. 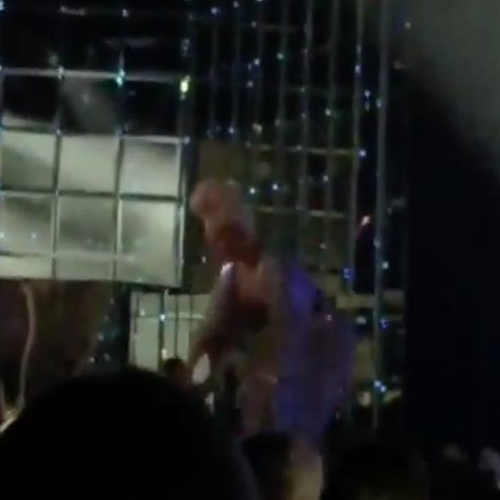 Lady Gaga is expected to begin work on a new album later this year, the follow-up to 2013's 'ARTPOP'.

WATCH: Check Out The BEST Stage Falls Ever