The US star shows up in character for the new Sin City: A Dame To Kill For trailer.

Lady Gaga's fast becoming Hollywood's new darling… as she gets her femme fatale on in the new Sin City trailer!

Clearly one of director Robert Rodriguez's new favourites, Lady Gaga features in the trailer for Sin City: A Dame To Kill For opposite leading man heartthrob Joseph Gordon-Levitt.

The Mother Monster crops up in a scene involving the Looper star as a waitress serving the adorable actor, and carries her trademark style for the role eerily similar to her 'Telephone' music video character.

Sin City isn't the first time Lady Gaga has had an exciting Hollywood cameo, as the US star ALSO appeared as the mysterious La Chameleon in Robert Rodriguez's Machete Kills last year! 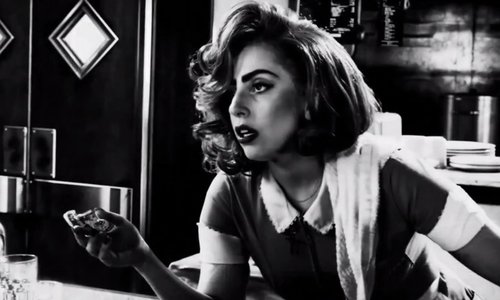 Sin City: A Dame To Kill FOr is a sequel to the 2005 cinematic hit and features a who's who cast of stars including Eva Green, Rosario Dawson, Mickey Rourke, Josh Brolin and Jessica Alba.

> PLUS… is Lady Gaga getting married? These pics give a BIG hint!