The 'Applause' singer will also reportedly be acting as musical guest for an episode of the hit sketch show this autumn.

Lady Gaga will reportedly be making her hosting debut on Saturday Night Live this year.

US publication TVLine claims that Mother Monster will act as the musical guest and take up hosting duties for an episode of the show this autumn.

The singer has previously appeared on the show as the special musical guest back in 2009 and 2011.

The US show has seen several high-profile hosting stints from some of the biggest stars in the music world.

Check out a picture of Lady Gaga from one of her last apperances on SNL below: 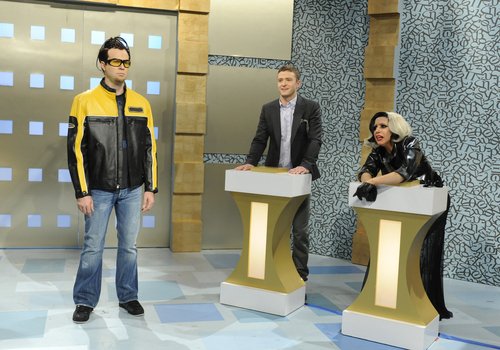 Justin Timberlake, Maroon 5's Adam Levine and Justin Bieber have all taken up the position in the past.

Meanwhile, Lady Gaga recently debuted seven new tracks from her 'ARTPOP' album during her appearance at the iTunes Festival 2013 in London.

She will release the record on 11th November this year.