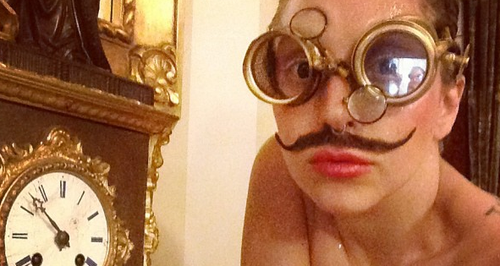 The 'You & I' singer gives fans the first taste of her latest track from new album 'ARTPOP'.

Lady Gaga has released a teaser snippet of new song 'Venus' as she continues to prepare for he launch of new album 'ARTPOP'.

The clip comes during the same week she released the R. Kelly featuring track 'Do What U Want'.

"Aphrodite lady, sea-shell bikini," she sings during the clip.

Earlier today, the singer also released the three single covers, designed by Steven Klein, which will accompany the track.

Lady Gaga's new album 'ARTPOP' will be released on 11th November and she hosted a special listening party for the record in Berlin this week.