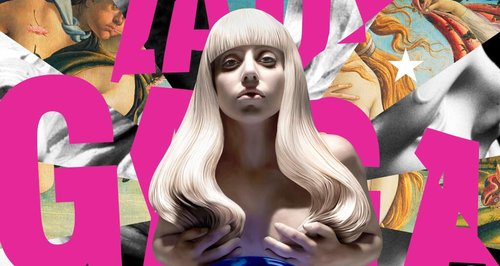 The singer is also celebrating hitting the top of the iTunes chart shortly after the release of 'Do What U Want'.

Lady Gaga has given fans the latest taste of her new album 'ARTPOP' by unveiling a 90-second clip of the title track.

The 'Marry The Night' singer has been teasing her followers with details of her record for the past weeks – sharing lyrics and clips on her Twitter account.

This week also saw the singer release her R. Kelly collaboration 'Do What U Want' – which has since gone straight to the top of the iTunes chart.

Meanwhile, the singer has also been named among the nominations for the forthcoming YouTube Music Awards 2013.

Listen to a snippet of Lady Gaga's new song 'ARTPOP' below:

Lady Gaga releases her new album 'ARTPOP' on 11th November and is expected to perform new single 'Venus' on The X Factor this weekend.