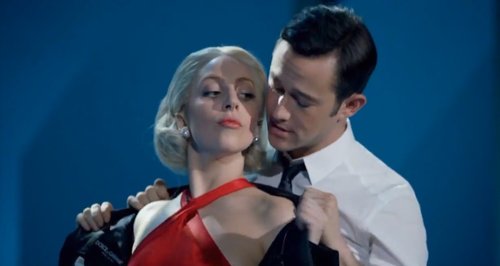 The 'Bad Romance' singer was joined by the Hollywood star during her Muppets Thanksgiving special last night.

The 90-minute special has been teased all week and finally aired yesterday evening to great reviews.

The 'Marry The Night' singer was dressed in a glamourous figure-hugging red outfit as she danced around with the Don Jon hunk.

Meanwhile, Gaga is preparing to head over to the UK next month for her performance at Capital's Jingle Bell Ball 2013.