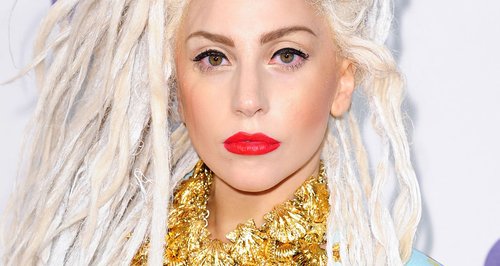 The 'Applause' singer spoke to Capital ahead of her highly anticipated performance at the Jingle Bell Ball.

Lady Gaga has promised she has "so much energy" to give for her performance at the Capital FM Jingle Bell Ball 2013 tonight (8th December), and says she has been "waiting seven months" for her big return to the arena stage.

"Oh yeah, I mean today like in soundcheck I was reeling, I was so excited," Lady Gaga revealed to Capital FM ahead of the show. "I was a bit nervous, because I was in so much pain at the end of the last tour that I wasn't really myself and I loved playing on television and doing promotion but it's not really my one true love.

"What I love to do is sing and dance on stage and perform for people," she explained. "So tonight, I've been waiting for this for like seven months, I can't wait. I'm just going to hit the floor and leave my heart out there for London."

The US star also teased her stage outfit for tonight's Jingle Bell Ball performance and promised a custom-made design that won't disappoint.

Lady Gaga is set to perform live on night two of the Jingle Bell Ball 2013 alongside acts like Jessie J, Rudimental, John Newman and Jason Derulo.