Lady Gaga's 'Little Monsters' saw a little more of their idol than they expected after a gig in New York.

The star pulled over outside Madison Square Garden to meet her fans after a gig at the New York venue.

However, her leotard and fishnet tights didn't leave much to the imagination. At the same gig Beatles star Paul McCartney was seen rocking out in the audience.

Gaga has today been passed for Facebook friends by Eminem but more pictures like this could soon see Gaga regain top spot. 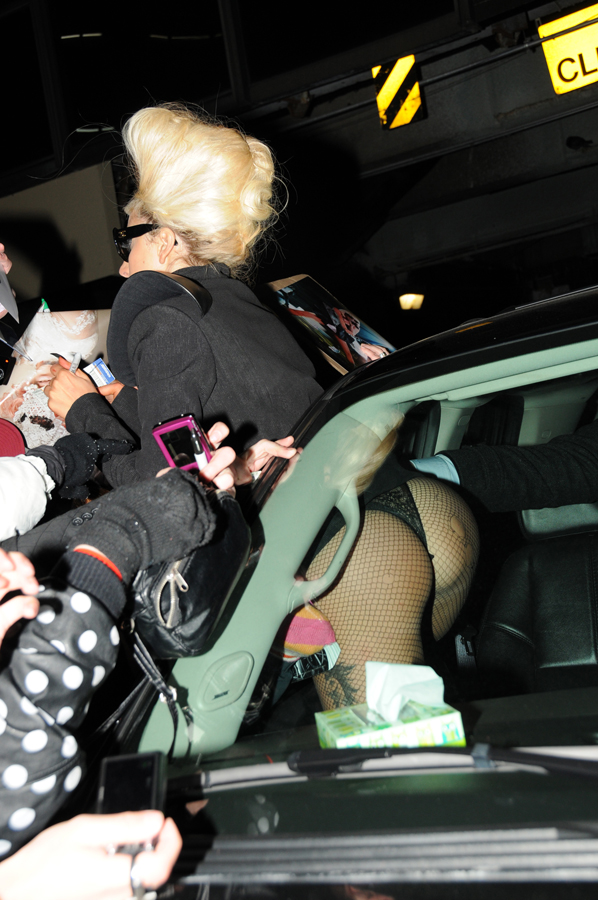