The 'Marry The Night' singer was rumoured to be tying the knot to boyfriend Taylor Kinney this past week.

This week, the 'Bad Romance' singer was reported to be plotting a summer wedding to boyfriend Taylor Kinney with an announcement on their engagement imminent.

The couple first got together on the set of the singer's music video for 'You & I' back in 2011.

Gaga's spending millions on her wedding to Taylor Kinney and Donatella Versace's designing a typically over-the-top dress which on its own will cost thousands," a source told The Sun.

The dress will also be unique in its colour, with the insider adding: "She thinks white is cheesy and wants black and gold silk with all these crazy removable bits." 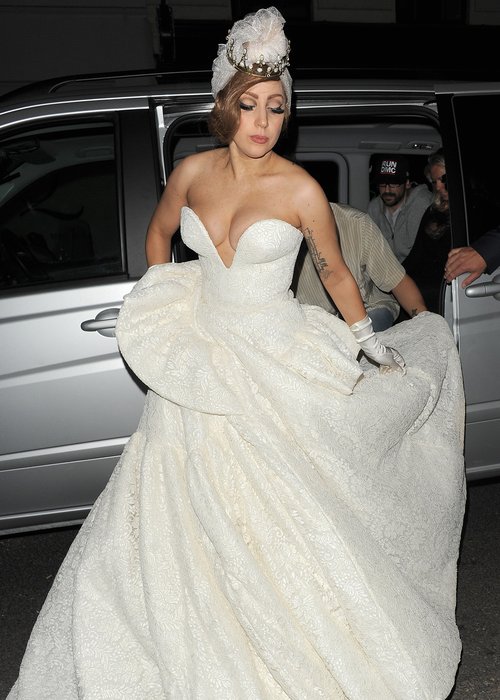 The 'Telephone' singer is currently recovering after undergoing surgery on her hip last month.

She's been pictured recently in a 24-gold carat wheelchair and was forced to cancel the remaining dates of her 'Born This Way Ball' world tour after sustaining the injury.

Meanwhile, it was suggested that the singer is currently struggling to write new music since surgery with new album 'ARTPOP' expected to be released this autumn.