The 'Marry The Night' singer was spotted flashing the flesh ahead of her new album announcement.

Lady Gaga was pictured showing off her stunning figure as she wandered around New York City yesterday – wearing just a bra and skirt.

The 'Marry The Night' singer was flashing the flesh before her new album announcement in the Big Apple that evening (11th July).

The US star wore a black bra and pencil skirt combination with her red locks on show and just a pair sunglasses for an accessory.

Gaga confirmed details of her new record 'ARTPOP' earlier today on Facebook as well as the release date of her new single.

Check out a picture of Lady Gaga in New York below: (Picture: Splash) 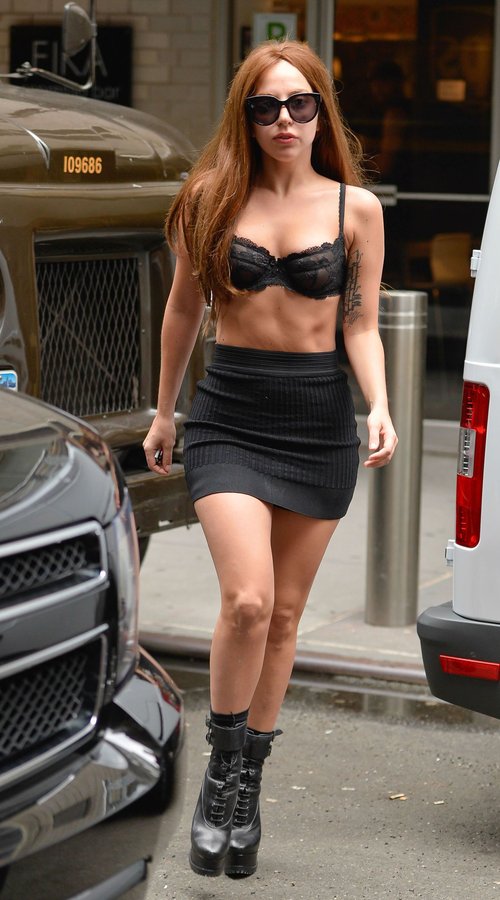 The 'You & I' singer also recently temporarily shut down her Twitter account as she teased a big announcement.

'ARTPOP' will be released in November with fans able to pre-order the record from 1st September.