Lady Gaga had the concept for her new album 'ARTPOP' just a week after finishing her last record 'Born This Way', it has been revealed.

The star has once again teamed up with producer DJ White Shadow – who told MTV News about the singer's quick thought process and the quality of the new album.

"We didn't make 15 trees; we made a forest," he declared. "She's writing every single song, so they're coming from her.

"It was less than a week that she had hit me [after Born This Way]... and she literally sent me [the note] 'The next album's called 'ARTPOP'.' She had the name and the general concept for the record a week after Born This Way came out."

He also went on to reveal that 'ARTPOP' contains a lot of "fun stuff" and it's once again moving forward.

"It's just another step on the ladder, it's another step forward," he said. "It's different, it's a different record. We didn't sit down and say ''ARTPOP' has to be this.' It's like that's how she's feeling at the time. I think it's a really fun album. There's really fun stuff on there." 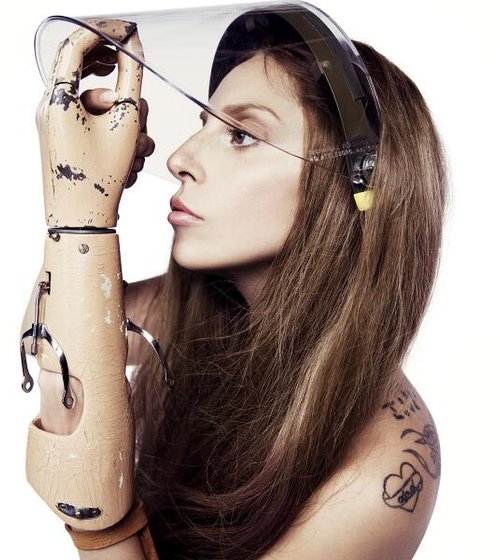 The singer is also preparing to make her return from hip surgery tonight (1st September) at the Roundhouse in Camden - to open this year's iTunes Festival.

The producer said fans are in for a treat and revealed how much she's been looking forward to performing new songs.

"I am excited for to be able to perform a bunch of new songs. Her concerts are always so fun and this music is so fun," he said. "I just know the performances are so fun. I'm just looking forward to the next tour. It's going to be a cool tour."