The 'Earthquake' rapper brings his unique brand of pop to this year's event at Wembley Stadium on 9th June.

Labrinth has been confirmed for the line-up of the Capital FM Summertime Ball 2012 with Vodafone.

The 'Last Time' singer was announced for the Ball by Capital Breakfast this morning (25th April), where he will join some of the biggest names in the business this summer (9th June).
Labrinth released his first solo album 'Electronic Earth' last year, featuring huge hit singles including 'Earthquake' and 'Express Yourself'.

More recently the London-born singer hit the top spot on the Vodafone Big Top 40 with his Emeli Sande collaboration 'Beneath Your Beautiful'.

Tickets for the event go on sale this Friday (26th April) from 8am, while more acts will be announced on Friday to make the Ball Capital's biggest ever line-up! 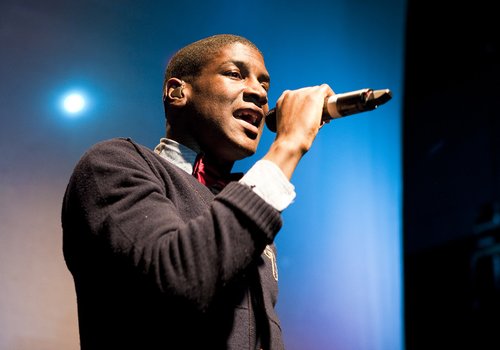