The 'Earthquake' star speaks ahead of tomorrow's event as he predicts "trouble" with a random act.

Labrinth has confessed that he is hoping Emeli Sande will win big at the BRIT Awards 2013 tomorrow night (20th February).

The 'Next To Me' singer picked up four nods in three categories at the event – including for Best British Single with Capital FM for 'Beneath Your Beautiful' alongside the male star.

Speaking to the Daily Star, the London-born artist said the Scottish singer deserves all the accolades she's been getting.

"She's worked really hard and made a great album – a very listenable album," he said. "Emeli deserves everything she’s going to get. Hopefully she gets every single award she's up for."

Labrinth also spoke about the success of their collaboration – which hit number one on the Vodafone Big Top 40.

"I think it was great that single came last," he said. "If I'd had released it after 'Earthquake', I think my fans would have been like: 'Woah, Lab where are you going?'

"The journey that we took them on with all the singles I released last year, they were ready for something like that – it happened the way it needed to happen." 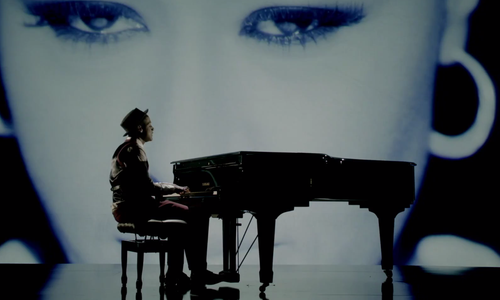 He added. "It was a great end to an album - Not many people finish a campaign with a No 1 single so it's all good."

The 'Let The Sun Shine' singer has also caused his own controversy at the ceremony.

Last year he was seen making faces behind James Corden and the year before was in the bathroom when he was meant to pick up Best British Single alongside Tinie Tempah.

"I'm probably going to do something random that gets me into trouble – my manager is going to have to put me in a straight-jacket," he said when asked about his plans for this year.

The BRIT Awards 2013 will take place live from London's O2 Arena on 20th February and feature performances from the likes of Emeli and Justin Timberlake.