WATCH: Kesha Records A Special Song To Say Thanks To Her Fans For Their Support

The star has received overwhelming support from her fans and celebrities alike – and she’s recorded a special track to say thank you.

It’s been a stressful time for Kesha to say the least, but during her ongoing court case with Dr Luke one thing that has shone through is the overwhelming support she has had from fans and celebrities alike… and she’s recorded a song to say thank you!

Kesha’s lawyer, Mark Geragos, posted the video on Twitter, telling the fans, “A special thanks to everyone who has had her back ‪#animals”.

A special thanks to everyone who has had her back #animals pic.twitter.com/jHsfH15wT9

The emotional video was recorded as a small token of thanks for the support she has had since she wasn’t granted a release from her contract with Sony Music after alleging that producer Dr Luke had drugged and assaulted her. 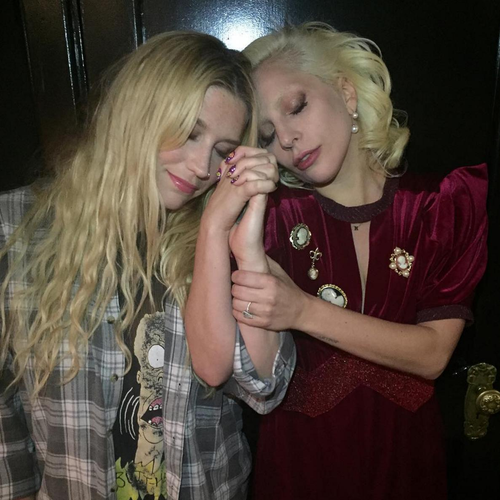 As well as her fans rallying round her, the support from her fellow celebs has been incredible too – the likes of Adele, Demi Lovato, Taylor Swift and Lady Gaga have all backed her cause.

Taylor Swift donated $250,000 for her legal fees, Adele voiced her support during her BRIT Awards acceptance speech and Lady Gaga posted photos with the star to show she backed her fight.