The Destiny's Child singer is reportedly making a return to the series following her stint on the UK version in 2011.

Kelly Rowland is apparently set to take over from Britney Spears as a judge on the new series of The X Factor USA.

Simon Cowell is said to still be a "big fan" of the Destiny's Child singer – who was replaced by Nicole Scherzinger last year on the UK version of the show.

"Kelly knows The X Factor, she's aware of what it takes to be a judge and she's also outspoken," a source told the Mail Online.

"Simon has always remained a fan of Kelly's and she's most definitely in the mix to join the judging panel on X Factor USA."

The 'When Love Takes Over' singer is also currently working on her new studio album 'Talk A Good Game'. 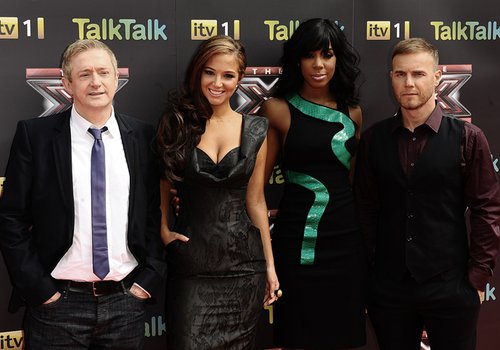 The star recently confirmed that both Beyonce and Michelle Williams will feature on her record.