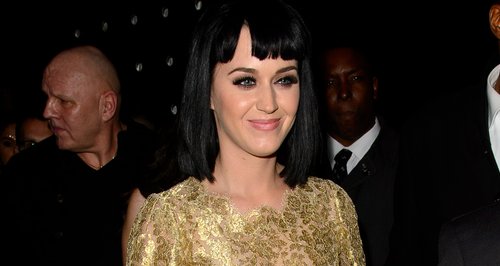 The 'Roar' star is rumoured to be keen to take on a new role as Vin Diesel's female co-star.

Katy Perry is reportedly planning to audition for a live-action movie role alongside Hollywood superstar Vin Diesel in the coming weeks.

"Everyone is a bit shocked but Katy has been told she can come and try out for the part," a source close to the project told the Daily Star. "Vin took her comments on Twitter very seriously and feels if she really wants to be an actress then she should step up to the plate.

"The audition is lined up for the next few weeks, depending on Katy's schedule,' they added.

Katy Perry previously voiced the character Smurfette in both of The Smurfs films.