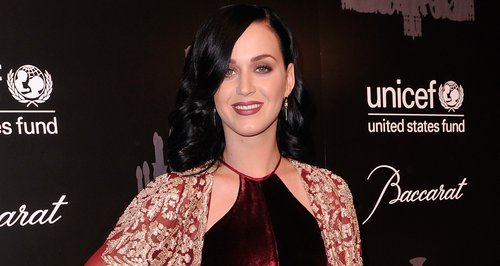 The 'Roar' singer says she is "honoured" to join the US charity as an ambassador.

The 'Unconditionally' singer gave a rousing live performance at the high-profile event after being named a Goodwill Ambassador earlier in the day.

"I believe young people have the power to change their own lives, with our help," Katy said after the announcement, reports Mail Online.

"I am honoured to join UNICEF as a Goodwill Ambassador and committed to doing everything I can to help children and adolescents who come from such different backgrounds but want the same thing, a brighter future."

Check out a picture of Katy at the UNICEF event this week below (Credit: Getty):

Earlier this year Katy travelled to Madagascar with UNICEF for a charity visit to work with children.