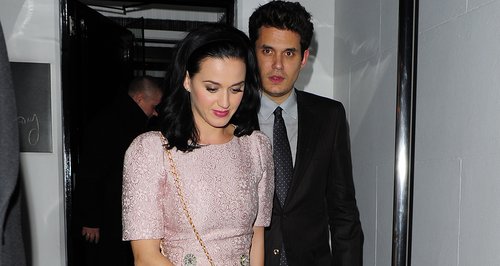 The 'Wide Awake' singer also teases plans for her next world tour.

Katy Perry has confirmed she filmed the music video for her new single 'Unconditionally' in London last week.

The 'Roar' singer was in town last week to promote her new album 'Prism' and made appearances on several TV chat shows during her stay.

However Katy has now revealed she also shot the 'Unconditionally' video during her stay, during a Twitter question and answer session with fans.

Katy also teased plans for a brand new world tour to support the record, but has yet to reveal when the tour might be planned for.

"I will by physically closer to you than I was on the last," Katy teased, and admitted she has "a few great ideas" about the tour's name.