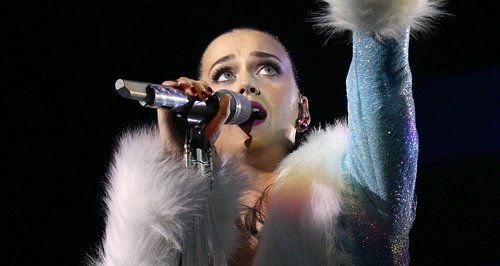 The 'Roar' star will perform live at the awards showcase alongside acts like Lorde and Daft Punk.

Katy Perry and Robin Thicke are the latest names to join the performance line-up for the Grammy Awards 2014.

The 'Unconditionally' singer, who is up for two awards at this year's ceremony, has been confirmed to perform fresh from the release of her brand new studio album 'Prism'.

US star Robin Thicke will also perform at the event following his own success in 2013 with his album 'Blurred Lines', while 'Royals' singer Lorde has been confirmed for the line-up as well.

The Grammy Awards 2014 takes place at the Staples Centre in Los Angeles on Sunday 26th January.