The 'Stay' singer told Katy she can "spank" her when they next meet up to go out together.

Katy Perry and Rihanna have shown they are still close after engaging in some friendly banter on Twitter, as they teased meeting up soon for a night out.

The 'California Gurls' singer and Bajan pop star Rihanna were thought to have cooled their friendship in recent months, amid rumours Katy didn't approve of the star's reunion with Chris Brown, however their Twitter exchange last night (24th April) showed they are still as close as ever.

Katy posted a message to Rihanna teasing her about a recent night out at a strip club, believing they had both been in the same city last weekend, before revealing an upcoming meet-up.

"Ermm… I was in LA Saturday night… Should I be proud or offended I wasn't invited @rihanna #WHOISTHISDOPLEGANGER," Katy tweeted on Wednesday. "Don't worry @Rihanna I'll make it up to you at Barclays.

"Or more like let you make it up to me… Hehehe @Rihanna," she then added, before 'Stay' singer Rihanna soon replied: "@katyperry ermm I wasn't! Lol! #miaminights howeverrrr… I'll still let you spank me!"

Check out a picture of Rihanna and Katy Perry together last year below:

Rihanna was actually out in Florida this past weekend, rather than California, where she was seen enjoying a night out at the King Of Diamonds strip club.

'Part Of Me' singer Katy is currently halfway through her third studio album, the follow-up to her 2010 record 'Teenage Dream', which is expected to be announced later this year.

Rihanna is out on her 'Diamonds' world tour at present, which hits UK shores on 10th June for a show in Cardiff. 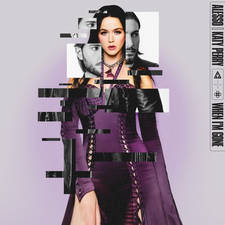