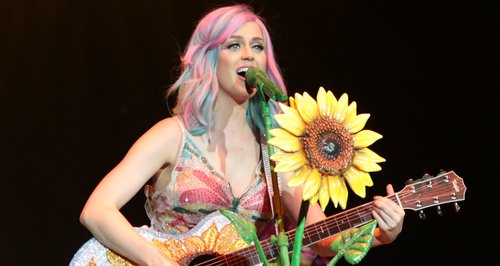 The 'Birthday' star has also opened up about life on the road after launching her new world tour.

Katy Perry's new 'Prismatic' world tour kicked off last week and some of the first quality footage from her new live show has been released online.

The 'Roar' singer began her new world tour in Belfast last week and begins the tour with a first leg across the UK and Ireland, saying she is "very excited" to launch it here.

"I'm an adventure junkie when I'm on tour, the tour is massive but it really is just a road trip in disguise," Katy revealed to The Metro. "I'm very excited to be kicking off in the UK because the audience here, the fans, their energy is wild and that is what I want for the first shows, I want that wild energy."