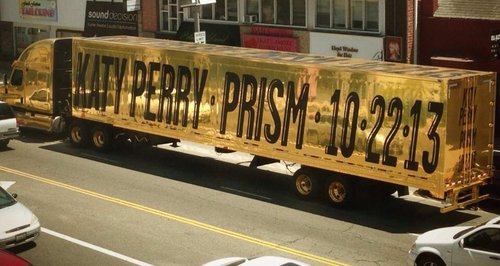 The 'Hot N Cold' singer displays the record's name and release date on the vehicle.

Katy Perry has announced details of her third studio album 'Prism' and the release date of the record.

The 'I Kissed A Girl' singer chose to announce her new album via a huge golden truck driving around Los Angeles.

The vehicle had the words "Katy Perry: Prism: 10.22.13" displayed on the side with fans catching a glimpse of the truck and posting it online.

Even musician Adam Lambert was getting in on the action, he posted the above picture on his social networking account.

Katy teased the project on Twitter first, saying: "Find the #PRISM semi, take a picture and I'll RT you. Don't worry, Los Angeles is just the first stop on the map." 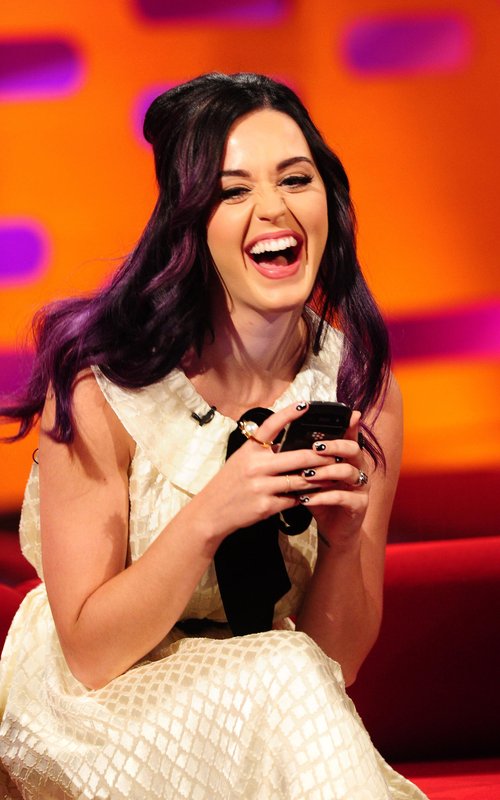 The album is the highly anticipated follow-up to 2010's 'Teenage Dream' and is the first since her divorce from comedian Russell Brand.

Over the past few months, Katy has been teasing inspiration and the sound of the record and told reporters at the recent Smurfs 2 premiere to expect an announcement "soon".