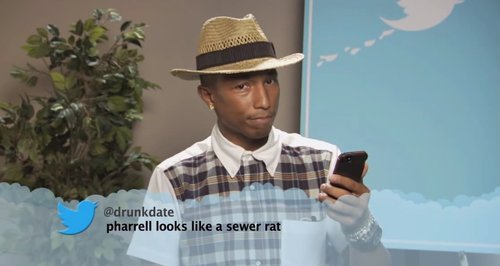 Katy Perry and Pharrell Williams both star in a new video from the Jimmy Kimmel show where they read out offensive tweets about themselves.

Watch the video of all the stars reading out 'Mean Tweets' below:

Meanwhile, Katy Perry was confirmed to be performing at the MTV Europe Music Awards this week.

The US star will perform a new track from her latest album 'Prism' on the show.